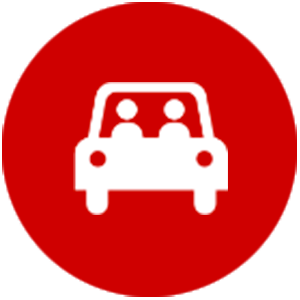 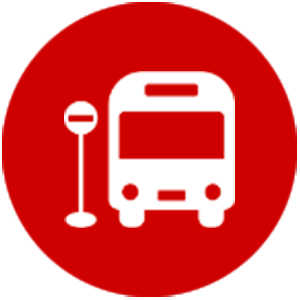 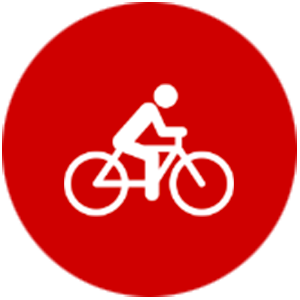 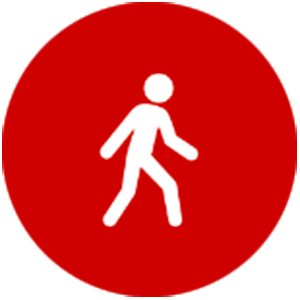 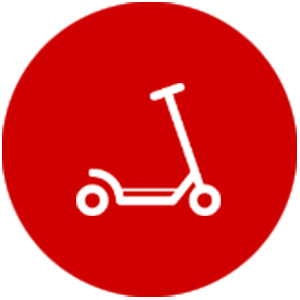 Research Park sits amid a connected network of Utah Transit Authority (UTA) buses and trains. Research Park can be reached by transit from nearly every corner of the Wasatch Front, often on a direct service.

Benefits of riding transit include a more relaxed ride to work; potential cost savings; greatly reducing pollution and improving air quality; and more exercise walking or bicycling to and from your bus stop or train station.

The Red Line also provides a connection to transfer to other TRAX lines reaching nearly all corners of Salt Lake Valley.

While there is not a TRAX station in Research Park, the park lies just to the south of three TRAX Red Line stations which may be the most convenient depending on your origin/destination.

The South Campus station is accessible from the west end of the park via Foothill Drive. This station has a major barrier in its lack of a sidewalk on the east side of Foothill Drive and marked pedestrian crossing of Mario Capecchi Drive.

Find the UTA stops and route information in the interactive campus map.

Route 3 is an all-day route serving the U of U Main Campus, the Avenues, and Downtown Salt Lake City.

East Side of Salt Lake Valley

Route 313 is a peak period route that links the University Medical Center, University Main Campus, and Research Park with Sandy, via 1300 East and other east Salt Lake Valley communities.

As a UTA rider, you have a range of options in how to pay for transit.

For University employees and students

The University of Utah has an agreement with UTA that provides our students, faculty and staff access to TRAX, UTA buses and Frontrunner trains. In order to be eligible for this benefit, you must have a valid University of Utah ID Card; and, be a current employee of the University, or a matriculating student who has paid tuition and associated student fees for the current semester.

Tracking your bus or train

Several smartphone apps allow you to track the real-time locations of transit vehicles.

Some companies have initiated transit pass programs. Ask your human resources department about your organization’s options.

UTA offers a Guaranteed Ride Home program for pass holders. If you have an emergency and need to leave when UTA is not operating, UTA will arrange for alternative transportation for you. Contact UTA for more details.

Shuttles support those traveling without a private vehicle, by providing the last leg of a transit trip or transportation to a destination in the middle of the work day.

Research Park is served by several University of Utah shuttle routes, including the Green, Purple, and Night routes as well as the Hospital On-Demand shuttle. These shuttles connect you with the greater University. Find the real time locations of the shuttles on the interactive campus map.

Smartphone apps allow you to track the real-time locations of shuttles:
U of U Shuttle Tracker